By Lisa McTigue Pierce in Packaging Design on June 11, 2014

The Diageo Team Cube received a Gold Award for commercializing a low-cost modular production plant for the blending and packaging of spirits in multiple regions within 12 months
Pre-fab production operations and packaging solutions that improve patient safety were among the accomplishments that earned Diageo Team Cube and Joe Mase (respectively) Gold Awards in the 2014 UBM Canon Packaging Group Visionary Awards.
The program pays tribute to individuals and teams who show vision and leadership in advancing their company’s goals of innovation, differentiation, savings and growth.

Visionary Awards finalists were recognized and the winners were revealed at a gala event on June 10th, at the Javits Convention Centre in New York City in conjunction with the EastPack show, which is owned and organized by UBM Canon.
Held in partnership with the Institute of Packaging Professionals, the event also paid tribute to recipients of the 2014 AmeriStar Package Awards.

During his acceptance speech on behalf of the team, Millar shared that the company has realized an additional $300 million in sales because of the production of these new operations. 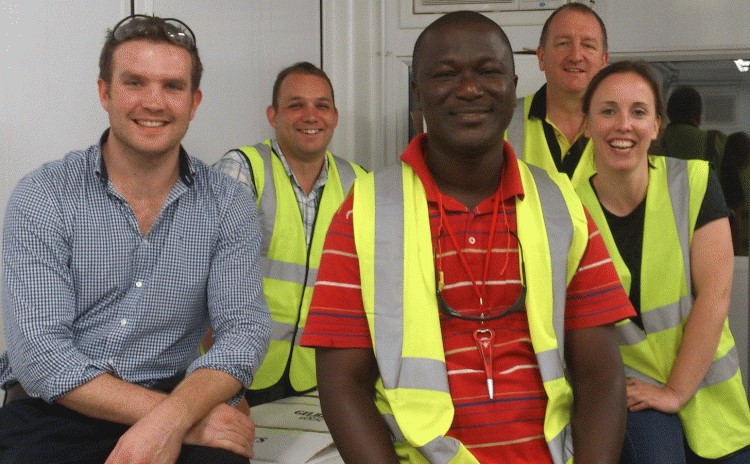 ABM LTD Were appointed by Diageo to design, build and commission the complete Blending and Packaging System, which included Full Product Blending, Production of Blow Moulded bottles and Packaging in Widnes prior to the Systems being sent out to Africa.
ABM were also appointed to re-commission the systems once in Africa, with the first system being commissioned in Accra, Ghana and spirit being produced, packaged and sent to trade within just two weeks from the arrival of the Cube on site at Ghana.
A further two ‘cubes’ have also been successfully built and re-commissioned in Nigeria and Mozambique.