ABM were commissioned by the family brewer, Wadworth in Devizes to convert an existing cleaning system from an existing outdated Toshiba PLC to a modern Allen Bradley Processor.

Wadworth required their system to be optimised, but as no source code was available and the PLC had been discontinued by the manufacturer some time ago, we suggested its replacement to the current Compact Logix platform. 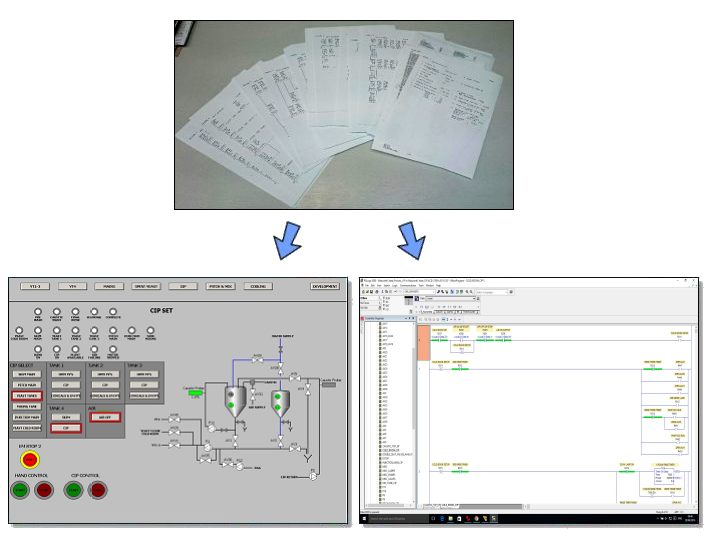 New graphics were produced at the same time to allow viewing of the Cleaning system on the existing Wonderware Intouch Scada system already on site.

All in all the upgrade was completed in approximately 3 weeks and the customer is now very satisfied with his new system which can now be modified and upgraded remotely whenever required.

Since this conversion was completed ABM has already embarked upon converting another one of the Brewery’s outdated systems.